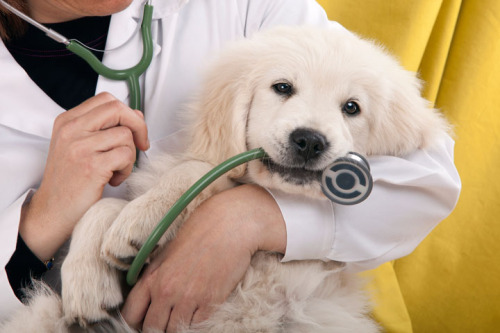 Most know that cancer is not contagious, it doesn’t spread like a bacteria or virus.  So you can’t catch it from holding hands, kissing, touching, sharing meals, breathing the same air or sex.

“Most cancers do not appear to be caused or affected by infectious agents. Cancer develops because of mutations (changes) that take place in a person’s DNA, the genetic blueprint in each cell.” – American Cancer Society

But what about our pets?  Surely it would be the same for them, right?  Well maybe not.

Canine Transmissible Venereal Tumor (CTVT), affects can affect all dog breeds and is normally found in their genitals.  It’s transmitted during sex and is found in dogs on six continents.  How’s that for a world traveling cancer?

To be clear this form of cancer isn’t anything new, but instead what is more mind boggling is researchers have discovered that the tumor originated in a single dog around 11,000 years ago.  It survived by transferring from host to host or rather from dog to dog.  Talk about self preservation huh?

Even if it was able to transfer from one dog to another, how was it able to live for so long?  Does this cancer cell hold some secret to longevity?  One study shows that, the cancer cell stole mitochondria (the powerhouse of our cells) or DNA from it’s host.

So what does that mean?  It means that because of the cancers high mutation rate and because it’s own mitochondria more than likely degenerated, it took some DNA from it’s host (dog) to keep itself alive.  It operates almost like a modern day vampire.

“So rather than carrying the mitochondria of the original dog that lived 11,000 years ago, the tumor is now carrying the host dog’s mitochondria. And it’s going to pass those on to the next dog.” – Dr Elizabeth Murchison, a Wellcome Trust Investigator at the University of Cambridge and the paper’s senior author.

What are your thoughts and the findings on this type of cancer?  Comment below and don’t forget to share!