Worst Case Of Animal Cruelty Seen By U.K. Inspectors As Woman Moves Out, Locks Dog In Kitchen & Leaves Him To Die (GRAPHIC) 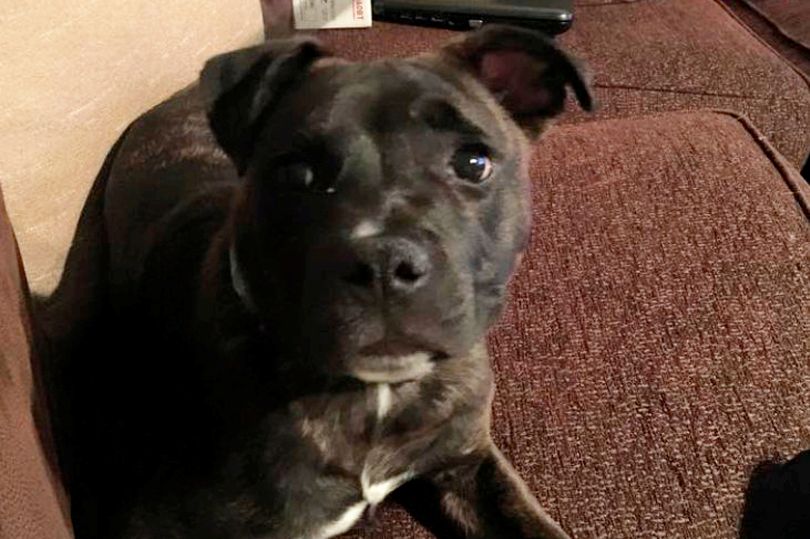 I really had a hard time posting this story.  Normally when a person moves out of their current home (or is evicted), they will take their pet with them OR make arrangements for their pet to stay somewhere else.  There are situations when a cruel ass hole will drop them off on the side of the road and leave their poor animal to fend for themselves.  Now that is bad but at least a dog/cat being dumped on the side of the road may have a fighting chance to either scavenge for food or get picked up by a rescue shelter.  Unfortunately for a pup named Yolo, he was abandoned by his owner, locked in the kitchen where he later died of starvation:

Sick Emma Miles, 28, left her flat and simply locked her pet pooch in the kitchen with no food or water.

The poor dog called Yolo – whose name stands for ‘You only live once’ – died days later after it was left trying to eat its own fur and faeces.

A vet said Yolo “suffered a great deal in the slow, cruel and unnecessary process of starvation”.

Post mortem examinations found fur and faeces in the dog’s stomach and wounds resulting from a pressure sore, suggesting Yolo was unable to move prior to death.

How could someone do that to another living being?  Let alone their own dog?  I don’t know what is going through the mind of these sick people.   Yolo was starving for weeks and no one came for him.  I’ve seen some horrific animal abuse photos but this really takes the cake.:

Kitchen Where Yolo Was Found

Animal welfare officer Alex Myrie, said: “In my sixteen years in this role, this is the worst case of animal cruelty I have had to deal with.

“The last days and weeks of Yolo’s life must have been the stuff of nightmares.

The only good thing to come out of this is that this piece of shit of a human being was found guilty of animal cruelty.  However, I don’t think that the crime fits the punishment.  I’m a firm believer in an eye for an eye and this woman was let off far too easy:

She was sentenced to 18 weeks in jail, suspended for 12 months.

She was disqualified from owning or having responsibility for any animal for ten years and ordered to pay £1,000 towards council costs as well as a £115 victim surcharge.

Despite a mild form of justice being served I don’t believe this was a win.  There needs to be more legislation done to protect animals from these vicious acts of violence.  Currently, 11 states in America have bills pending that would require animal abusers to be put onto a sex-offender like registry.  The main goal of these registries is to prevent any animal abuser from ever adopting or purchasing an animal.  However, this would also help people identify someone whom may commit other crimes such as domestic abuse or murder (statistically people who abuse animals escalate to more violent crimes).

The bottom line is animal abuse is plain wrong and if someone cannot take their pet with them, there are a multitude of pet shelters or a local humane society that will care for them while trying to place them in a loving home.