Man Breaks Into Car, Throws Dog Off Of Building To It’s Death 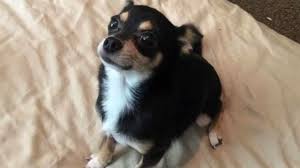 The worlds keeps on getting crazier.  San Francisco has a huge problem with vehicle break-in’s.  Each day 85 vehicles are broken into across S.F., if you do the math that’s tens of thousands a year.  Normally, robberies don’t result in death (according to FBI statistics) but in this instance things took a tragic turn for a little four-year old Chihuahua named Dunky:

San Francisco’s car break-in epidemic took a disturbing turn over the weekend when a man smashed into a car at a parking structure and threw a Chihuahua to its death seven stories below, police said.

The person who robbed the car was vile and heartless to throw Dunky off a parking structure.  What I want to know is what was Dunky doing in the car?  What was his owner doing?  The story here doesn’t give much information:

Dunky’s owner, who was not identified, made the sad discovery upon returning to the structure near Union Square. He thought the dog had escaped from the vehicle and somehow fallen over the railing, police said.

Blood and broken glass was in the car. The glove compartment had been rummaged through. A trail of blood led from the car to the railing.

The suspect was apprehended and charged.  However, I want to know what Dunky was doing in the car all alone and why his owner isn’t being held accountable.