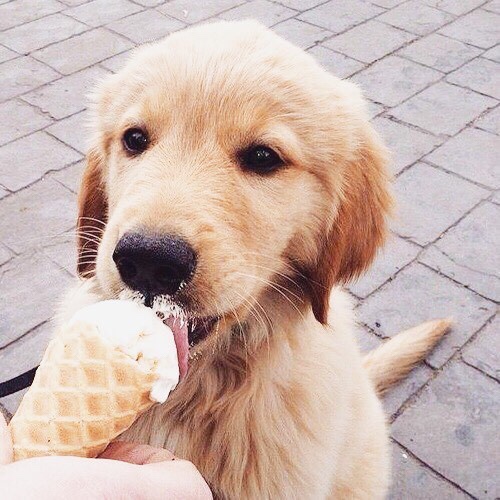 What do sugar free gum, some candies, tooth paste, dental floss and even kids vitamins have in common?  They contain an ingredient known as Xylitol, which is a sweetener that gives many sugar-free foods their taste.

While chewing sugar free gum for 20 minutes might help you fight tooth decay, it can be extremely harmful to your dog and sometimes fatal.  So fatal that on May 12 the FDA issued a warning to consumers about the toxic effects it can have on dogs.

One of the casualties of xylitol was Luna, a 2 year old Golden Retriever.  While her family was out running errands, she got into a pack of “ice breakers” gum.  That was on Monday and by Tuesday she had suffered severe liver damage and passed away shortly after.

Another dog named Rosie, who was an 8 year old Beagle began violently vomiting after eating a leftover peach sponge cake.  She was rushed to the hospital, but was hypoglycemic, bleeding internally and was suffering from liver failure.  She died three days after ingesting the cake.

There aren’t many dogs who can resist peanut butter.  Who could blame them?  Not only is it delicious but it has a bunch of health benefits that include omega fatty acids, vitamin B and vitamin E.  But a scary trend started happening in 2015.  A variety of manufacturers began adding xylitol in their peanut butter.

There is a list of peanut butter brands and other consumables that contain xylitol here.  By no means is this a complete list, but it will help you become more conscious of what sort of everyday products contain this ingredient.

The Pot Poison Helpline reported 2,900 calls in 2015 regarding xylitol poisoning.  CBS News reported that in 2014, The Animal Poison Control Center’s xylitol calls numbered 3,700.  This number has risen 15% in 2016 alone.

According to the FDA’s site, symptoms of xylitol poisoning in dogs usually include vomiting.  Which is then followed by decreased activity, weakness, staggering and seizures.  If you feel your dog may have ingested something containing xylitol, it’s best you take them to your vet or an emergency hospital immediately.  This is especially important because some adverse effects don’t occur for 12-24 hours.

The Food and Drug Administration offers additional tips to keeping your dog safe.

Have you ever had issues with Xylitol?  If so what was your experience?  Comment below and don’t forget to share!