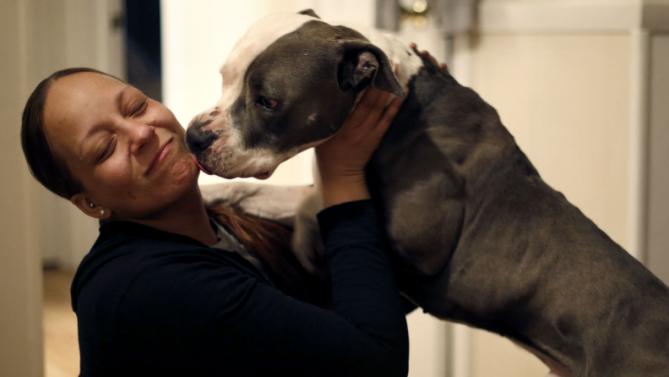 In 2013 the unthinkable happened to Ayana Kelly and her family.  Their then 2-year old American Pitbull Terrier, Gucci, went missing.  The worst part is they were scheduled to move back to Virginia in a matter of weeks.  Despite an exhaustive search, Gucci could not be found.

Feeling hopeless and devastated, Kelly told The Virginian Pilot that, ““It was a long, depressing feeling, like an empty void you just can’t fill.”

Little did Anya and her family know, things would soon be working out in their favor.  A call came through from an animal shelter some 1,500 miles away in San Antonio.  Gucci was alive.

Due to Gucci’s microchip, the shelter was able to adequately identify him and contact the Kelly’s.  Wendy Perry, who is from, “For The Love Of Paws R.I. Rescue and Transport,” drove Gucci to Norfolk to be with his family.  Perry tells The Pilot that the, “Microchip saved his life.”

In the video you can see the joyous reaction to Gucci’s homecoming.