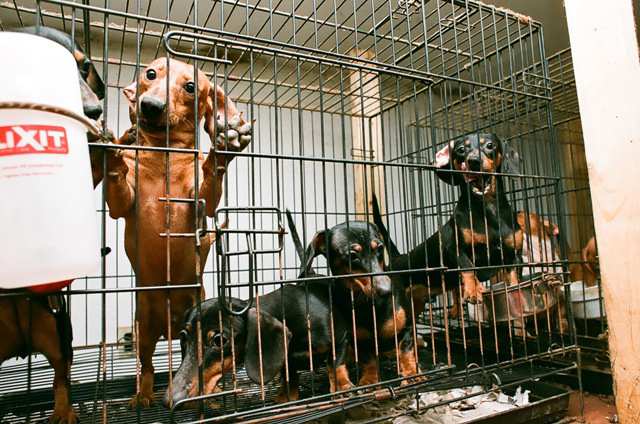 In the United States we all are aware of the recent shakeup of the puppy mill industry (which believe it or not is perfectly legal in most states).  California became the first state to ban pet stores from selling dogs that come from puppy mills.  The new law which takes place January 1, 2019 will force pet stores to now sell rescue animals.  However, there exists another sinister industry which rivals that of puppy mills.  A recent article in NewsWeek made my stomach turn, as it mentions the rise of puppy trafficking cartels.  Smugglers are taking puppies, some with their umbilical cords still attached and using middlemen to sell them to buyers in the United Kingdom:

“Four-week-old puppies sell fast for the most elemental reason: They’re irresistibly cute. As a consequence, the illegal puppy trade is estimated to be worth up to $135 million a year in Britain, and it’s growing. Puppies are the EU’s third-most-profitable illegally traded commodity—after drugs and arms—with French bulldogs and dachshunds being particularly popular breeds. Officials at Dogs Trust say the number of smuggled puppies its investigators have found jumped from 208 in 2014 to 688 in 2016. In November 2017, Dogs Trust found, in total, 100 illegally imported puppies in one week at two U.K. ports, as traders began bringing in more animals to meet the Christmas demand.”

Unfortunately, this problem looks like it’s getting worse as criminal organizations are getting in on this lucrative, yet sickening niche.  The U.K. seems to be working with animal welfare charities to better police the borders and for lack of better word, sniff out dog smugglers.  I’m unsure how long that can last as the charities themselves openly said that they have limited resources.  The United Kingdom as well as the rest of the European Union should put more money into tackling puppy trafficking by either giving grants to charities or forming dedicated agencies whose sole purpose is to exterminate this type of business.

My biggest fear is that because organized crime is getting involved that they will eventually use the puppies/dogs as mules to smuggle drugs across borders.  This idea isn’t even far fetched as a there have been reports of smugglers forcing dogs to swallow bags of cocaine, then killing them upon arriving at the intended destination.

What are your feelings on this?  Let us know below and please don’t forget to share!