This Virus Is Making Dogs Sick Across The United States. Is Yours Next? 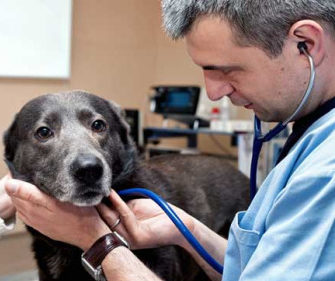 A recent strain of the flu in dogs (H3N2) is highly contagious and acts similar to the flu found in humans.  A simple internet search reveals the illness spreading across the United States.  100 dogs at a daycare in Washington became ill.  There are several new cases in central Illinois, and some experts feel the virus has spread to as many as 4o other states.

Your dogs can be infected with one of two viruses that cause the flu.  H3N2 and H3N8.  They both cause upper respiratory issues and in some instances can be fatal.  H3N8 was first documented in the United States in 2004 and what’s odd is that this strain is closely related to a virus that affects horses.  Scientist’s think that H3N8 mutated and now has a canine strain.

H3N2, which is currently causing the epidemic across the U.S. seems to have originated in Asia from birds. There have been reported cases in Korea, China and Thailand.  Experts are operating under the theory that the Avian Influenza (which is found in birds) somehow was transferred to dogs.

“Like most disease, canine influenza will hit hardest on the oldest animals, the youngest, and those that are being challenged by other contagious diseases.” – Jim Evermann, Professor of infectious diseases in WADDL

The American Veterinary Medical Association says that dogs who fall ill with either strain o the flu fall into either the mild or severe category.  There can be a cough that persists, reduced appetite and reduced energy.  There could be sneezing and some eye/nose discharge.

Severe cases include a high fever 104 degrees Fahrenheit or more.  Breathing becomes a challenge and there is often a secondary bacterial infection that could help develop pneumonia.

However, it’s important to note that most will only have sick symptoms for roughly 10 days.

Your pet can contract H3N2 just by being around other dogs.  A simple sneeze or cough can transmit the disease.  Because of this it’s best to be vigilant about keeping your dog healthy and safe.  Here are some ways to do just that:

Has your dog every battled with the flu?  If so, what did you do?  Comment below and don’t forget to share!