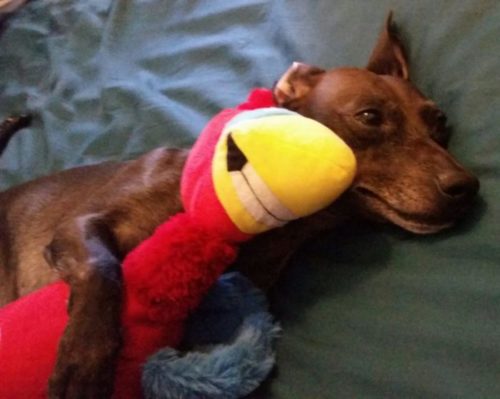 Angelo’s appointment with the cardiologist is today and we’re running late.  Why is it that when there’s something important we tend to be tardy?  Ugh.  My stomach is in knots.  Pablo doesn’t seem to be that nervous and neither does Angelo….so maybe it’s a good sign?

We dropped him off 2 hours before his appointment, so technically we aren’t late or are we?  I hate leaving him alone.  Pablo and I go to get some lunch, but I’m not really hungry.  All I can think about is my little man’s heart.  Just as I sit down to eat, my phone rings.  Sure enough, it’s Dr. N.  I take a deep breathe and hit the answer button.

“Hi Mark, we just got done with Angelo’s ultrasound.  Would you like me to go over the results with you now or when you come back to pick up Angelo?”  She sounded nervous and the tone of her voice was really serious.  I hate this.

I told her, “Sure, you can let me know now.”  Dr. N paused for a bit and then says, “Unfortunately, the ultrasound reveals that Angelo is suffering from Mitral Valve Disease….”

I have no idea what she said after that, for the life of me I can’t remember.  I just know that I thanked her and put the phone down.  I wanted to cry and scream in the middle of the food court.  So many thoughts were going through my mind.  Was this my fault?  Did I not take care of him well enough?  Could it be because I’m not home often enough with him?  Was he eating the wrong type food?  That food he eats is so expensive and shitty.  There has to be a cure right?

The distance back to the vet’s office was a good hour, we got there in 30 minutes.  They brought Angelo out and my boy looked so scared, yet so relieved to see his two Dad’s.  I gave him a big hug and several kisses.  In we go to the exam room with Dr. N.

She can’t tell us what really caused his heart disease, except that certain smaller breeds are predisposed to it.  Two of those breeds happen to be Dachshunds and Chihuahuas….Angelo’s mixture.  She says I didn’t cause it, that’s a relief but I still blame myself.  She goes onto explain exactly what *Mitral Valve Disease is and shows us what his heart looks like from the ultrasound. She points out that Angelo has large amounts of mitral regurgitation…essentially the hearts valves aren’t closing properly and blood is flowing backwards.

This is all fine and dandy, but how do we treat it?  I asked Dr. N what is our plan of action and how do we attack this and fight back?  She uttered two words to me that I thought I would NEVER hear, “We wait.”  Excuse me?  Uhhh..did she say we wait?  Like DO NOTHING?  What’s wrong with her today? Is this woman serious?  I thought Doctors were in the business of saving lives and not waiting for the ball to drop?  What am I supposed to do, find a magic lamp and WISH this heart disease away?

After hallucinating and nearly fainting from her response I asked, “So there’s no medication or special diet he could be put on to help manage this?”  She says that a low-sodium diet could be beneficial for Angelo, but it has no flavor and adds that “he probably won’t like it.”  Nonetheless, I still ordered some.

She explained further that Angelo is not in congestive heart failure and so there is no need for medication.  She also elaborated on the fact that they don’t like to put their patients on pharmaceuticals too early on.  Dr N. says, “Since the heart and kidney’s want different things, the drugs could potentially put Angelo into renal failure.  So we would have to monitor him very closely and he would need to have his kidney values tested at least every other month.”

WTF???  I feel like this nightmare is getting worse. He has heart disease, no plan of action, but yet when it gets worse we put him on medications that will hurt his kidneys??  Is this even real right now?

My last question (that I didn’t want to ask) to her was, “How long does Angelo have?”  She was upfront and said she didn’t know, but that it could be years before he goes into congestive heart failure or it could be a few months.  My heart sank even further, I can’t imagine my life without Angelo, nor did I want to..he’s only 7 years old.

Dr. N could tell I was upset.  My eyes were starting to water and I began to clench Angelo’s body even tighter.  She said if we had any more questions to just call or email her directly.  We thanked her, paid our bill, got the crappy ass low-sodium food and went home.

As soon as we got home, I hopped on the bed and started crying, all my emotions came out.  My boy’s heart was broken and I wanted nothing more to fix it.  If it were at all possible, I would give him mine in a heartbeat.  I felt powerless and overcome with fear.  I can’t let my son suffer like this and remain idle…but I have no idea where to start or what to do.

I still remember the day I picked Angelo up from the airport in 2007 on Christmas day.  He was 8 weeks old and crying because he was so scared.  I bought a special sweater for him to wear (it fit perfectly), shortly after being cradled in my arms he calmed down.  That day I whispered to him, “I love you my sweet angel.  It’s always going to be you and me, as long as we’re together you never have to worry about anything..I promise.”

Sensing my sadness, Angelo came up to my face and kissed me.  He then did something he had never done before.  He took both his front paws and laid them ever so gently on my right hand, then stared at me intently with those beautiful loving eyes.  Angelo was trying to tell me something.  Trying to tell me that we would find a way to overcome this disease and that as long as ‘we are together’ I would never have to worry.

And was he ever so right.