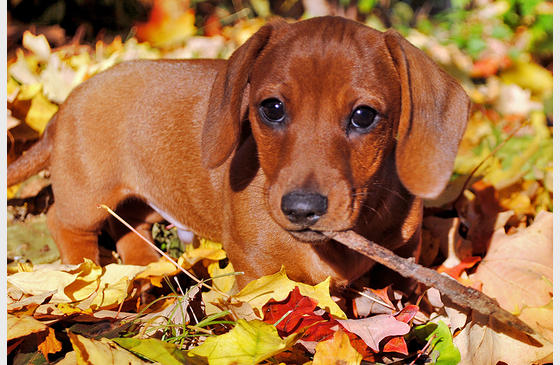 There are certain dog breeds that are predisposed to back issues.  Dachshunds, Shih Tzu, Basset Hounds and Beagles seem to be the most susceptible.  The truth of the matter is that as our pet’s age, they are all at risk for back and arthritic issues.

Many times the only option presented to pet parents are expensive surgeries.  It’s not uncommon to hear of $10,000+ operations.  That amount is enough to set most of us back.  What’s heartbreaking is that many families find the surgery well out of their budget and are left with the difficult decision to put their beloved pets to sleep.

However there is an alternative procedure that is not only giving hope to many pet owners but also helping some animals walk again.  Veterinary Orthopedic Manipulation and Cold Laser Therapy are non invasive and pain free.  It works by sending a beam of photons into the body and in some cases it can be highly effective.

Dr. Astrid Manning tells CBS Pittsburgh of a 13 year old dachshund named Quincey who was unable to move due to a disc in his neck.  Surgery was recommended by his veterinarian, but because of his age and heart murmur the family decided against it. Quincey’s owners were skeptical of the procedure, considering the fact that he was paralyzed in all four limbs. But remarkably, after a short few months, Quincey is able to move all his limbs again.

CBS Pittsburgh spoke with veterinarian Dr. Brian Hougentolgler who says that the procedure is, “Drug free, anesthesia free relatively to things like spinal surgery and other things…it’s a lower cost alternative.”

How much of a lower cost are we talking about?  A surgery like Quincey’s would cost nearly $5,000, with little guarantee and a risk of not surviving.  Instead his family spent roughly $250 for these alternative treatments.

Watch the video below:

Has your dog gone through back surgery or alternative therapies for spinal or arthritic issues?  What was your experience?  Let us know below and don’t forget to share!