SCIENCE: Baby-Talk With Your Dog Is CRUCIAL To Bonding 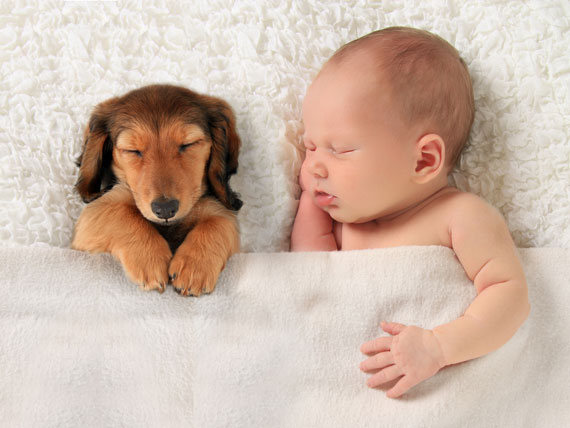 I’m guilty of this and I know you are too. Virtually every pet parent speaks to their dog in a baby voice.  Most times I don’t notice I’m doing it but when I do, it’s a little cringe worthy, especially at how high my voice can actually go.  However, it seems like those of us who do talk to their pups like babies, actually are improving the pet and parent bond:

Scientists at the University of York have shown that the way we speak to our canine friends is important in relationship-building between pet and owner, similar to the way that ‘baby-talk’ is to bonding between a baby and an adult.

Speech interaction experiments between adult dogs and humans showed that so called “dog-speak” improves attention and may help humans to socially bond with their pets.

There have been studies done on this type of stuff before.  The studies usually showed that high pitch baby voices improved engagement with puppies but not with adult dogs.  This study with researchers at The University of York went further and wanted to conduct more experiments to figure out why we talk to dogs in a baby voice.  Ummm…isn’t it obvious though, they are our babies!  😉

Dr Katie Slocombe from the University of York’s Department of Psychology said: “A special speech register, known as infant-directed speech, is thought to aid language acquisition and improve the way a human baby bonds with an adult. This form of speech is known to share some similarities with the way in which humans talk to their pet dogs, known as dog-directed speech.

The results were really interesting from this study.  Essentially, dogs not only prefer dog-directed speech (high pitch baby talk) but they also like it to be paired with dog-related content.  During the experiment, dogs did not particularly care for the use of adult-directed speech with no dog related content.

“When we mixed-up the two types of speech and content, the dogs showed no preference for one speaker over the other. This suggests that adult dogs need to hear dog-relevant words spoken in a high-pitched emotional voice in order to find it relevant.

And to think I found my high pitched voice annoying….lol.

Do you talk to your dog in a baby voice?  Comment below and don’t forget to share!