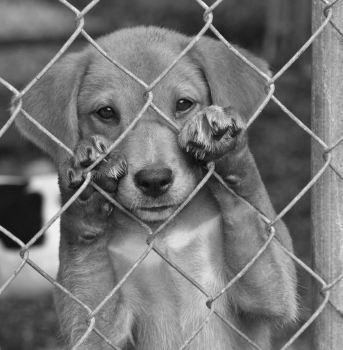 A poor diet and inactivity can cause many issues in pets.  For one we already know that obesity is on the rise, as over 50% of dogs are overweight in America.  Obesity in itself gives way to diabetes, arthritis, causes the heart to work harder, skin problems, heat intolerance and IVDD.

But a recent article suggests that a poor dietary lifestyle with no exercise could cause something even more sinister to happen to our pets.

“We are seeing an increase in pet obesity. Just as we see health problems among people who are less active so we see the same problems with their pets eating more and getting less exercise and this may lead to an increase in dementia.” – Prof Holger Volk, of the Royal Veterinary College

What exactly is dementia?  Dementia or canine cognitive dysfunction is caused by brain disease, brain injury, genetics and/or aging of the brain.  This presents issues with memory, awareness and anxiety.

Similar to humans, the following symptoms can be present in your pups:

What is a pet parent to do?  Is there a cure for dementia?  Unfortunately, there isn’t an actual cure, but it can be naturally treated and combated against.

Do you know a Dog that is battling dementia?  If so, what methods are being used to treat it?  Comment below and don’t forget to share!