VIDEO: This Virginia Firefighter Beat His Dogs & Their Cries For Help Will Break Your Heart…. 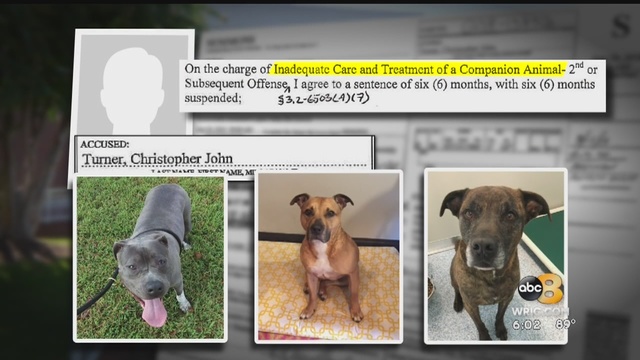 Even those whom are supposed to serve and protect cannot be trusted.

Christopher John Turner, a Virginia firefighter, was caught abusing his three dogs with an electrical cord.   A neigbor captured the horrific ordeal on camera.  If you listen close enough, you can hear the dogs crying for help:

After investigating the incident, Turner was charged and he pleaded guilty.  Unfortunately, the judge overseeing the case decided against jail time.  Rather, Turner, is banned from EVER living with or owning another animal.   The dogs, Duchess, Summer and Tank are in care of a foster family and will eventually be put up for adoption.

What do you think about this?  Should he should have had a harsher punishment?