Does Glucosamine Really Help With Canine Arthritis? Nope, But Here’s Why Your Dog Should Still Take It 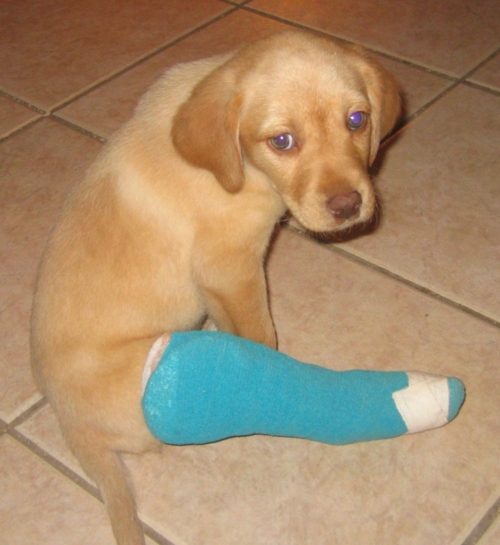 It’s been a hot minute since I’ve blogged.  A lot has been happening around here, especially with Angelo & Aries’ health.  I’ll be updating everyone on another post, for now though, we will be talking about the bullshit that some companies have been feeding everyone regarding natural treatment of Canine Arthritis.

I get called out both in public and private, regarding some of my posts and views on pharmaceutical drug treatments for our fur babies.  The truth of the matter is I don’t like my pups taking drugs, heck I hate taking them myself when I get sick, but I am very aware that sometimes it can be the best option we have.

On the same note, while I prefer natural treatments, I don’t like being fed lies.

Just like pharmaceutical companies, there are many supplement companies that keep on perpetuating a ridiculous amount of misinformation to consumers.

Pharmaceutical companies (and doctors who are on the payroll), will sometimes omit or coverup potential side effects of drugs.  Supplement companies will over-hype their products and sometimes be very scarce with research to backup their claims.

To be fair, it’s hard to actually determine if certain supplements/herbs actually are beneficial (they work for some and don’t work for others).  Why?  Because the supplement companies DO NOT have the ability (unlike big pharma) to patent any of their products.

You cannot patent what occurs in nature. Not to mention to do clinical studies or controlled experiments can cost in the hundreds of thousands of dollars (and that’s on the cheap side).  If you cannot patent something, why would you spend millions to research it?  You would bankrupt your company before you even sold one pill.

However, certain ingredients have been around for a very long time and therefore have been studied time and time again.

The problem is that there is no clear evidence to support that Glucosamine actually has any effect on helping to ease arthritic pain.  Believe me, I have many relatives and know many senior dogs who suffer from arthritic conditions and Glucosamine alone does not make the arthritis go away.

While writing a review for the Bonnie & Clyde Fish Oil that Aries takes (which has helped her), I discovered a few studies (here, here and here) that basically say Glucosamine is no better than a placebo.  Again, being fair here, some pharmaceuticals have the same issue.

In 2017 a recent overview of several studies were done regarding dogs taking Glucosamine and Chondroitin, and the conclusion is that the effects of using these two nutraceuticals together to treat canine arthritis is questionable.  Essentially, more research is needed.

I know I know, lots of you are thinking, “But those studies are wrong, it’s helped my dogs arthritis and he’s acts like a puppy again.”  I would wager that those of you are giving a product that is Glucosamine mixed with Chondroitin Sufate or MSM (Methylsulfonylmethane) or some other antioxidant, herb or vitamin.  The reality is sometimes there are positive synergistic effects when you combine certain ingredients.

Despite giving you evidence that disproves of Glucosamines effects on canine osteoarthritis, you should still give it to your pup.  In fact, you should probably be taking it yourself.  Confused?  Read on.

In 2014, there was a study done on Glucosamine and it’s effects on longevity.  The researchers concluded that taking moderate doses of Glucosamine could extend longevity by 10%.  Depending on the lifespan of your pups breed, Glucosamine could help to extend your pups life by another 1-2 years (in humans that would be roughly 8 years or so)!

The reasoning behind this research is that Glucosamine mimics a low-carbohydrate diet.

That’s huge, considering that most of us would do much better with less carbs, especially dogs.  The low-carb diet is all the rage, and dogs actually don’t need much carbs at all to have a healthy balanced diet.  It’s very eye opening because most major dog food brands kibble are over 50% carbs.  Too much carbs can cause inflammation, which leads to all sorts of digestive, joint, cardiovascular and neurological issues.

Another interesting study shows that Glucosamine may inhibit cancer growth.  This nutraceutical isn’t as useless as we thought right?

Glucosamine is the “go to” for most conventional veterinarians when trying to treat osteoarthritis.  Unfortunately, more often than not, they don’t work.  But as mentioned earlier, I use Bonnie & Clyde’s Wild Omega 3 Fish Oil for Aries’ joint/skin issues.  If you want to read my honest review about it, you can go here.

What has your experience been with Glucosamine?  Have you had luck with it or have you turned to other natural alternatives?