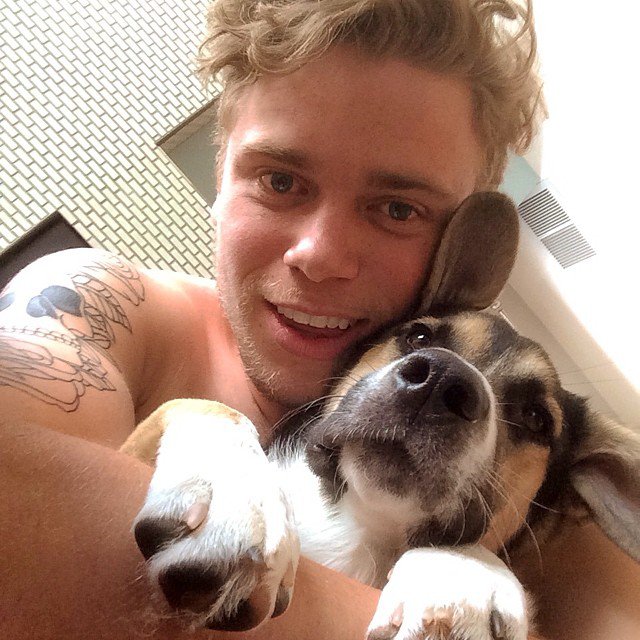 So here we have someone doing a noble thing or really the RIGHT thing and trying to spread awareness of saving dogs from the meat trade that is rampant across Asia.  Gus Kentworthy, a gay Olympian, has been accused of “cultural colonialism.”  Yeah, of course I had to look up the definition of cultural colonialism because the only one’s who throw out terms like that are people who want to sound intelligent.

For the record Gus Kentworthy has never been my favorite person so I’m not some obsessed fan trying to defend his honor.  He gets an eye roll from me with a lot of his fame grabbing antics (read some of the gay news blogs and you’ll see what I mean).  But in this case, he was doing the RIGHT THING and was being CONDEMNED for it.

Now, cultural colonialism is essentially using one culture to influence the other. Cultures have been influencing one another since the dawn of time.  We have people (both illegal and legal) coming to America and influencing our way of life, I don’t see the left complaining about that (For the record before you start bashing me, I am neither a radical leftist or radical conservative).  Kentworthy was accused of this after he sent out the following tweet:

Dogs are friends. Not food. pic.twitter.com/3wgx2oS2qv

We all know there have been movements to try and stop the Yulin Dog Festival in China.  Well with the most recent Winter Olympics in South Korea, many athletes went out of their way to draw attention to the dog meat trade there:

The Humane Society International (HSI) estimates that there are approximately 17,000 dog farms in South Korea with the industry providing an estimated two million dogs for slaughter every year.

“This is neo-colonialism at its finest. Just because you like dogs doesn’t make eating pigs/cows/chicken etc any more moral. Especially when they are treated in equally barbaric ways.”

I’ve had this discussion with many people.  They question why is it people are so concerned with dogs but not with chickens, cows and pigs.  Many even go on to cite studies that pigs are more intelligent creatures than dogs.  That’s probably true.  However, dogs have been domesticated for thousands of years.  Science thinks that they could have been domesticated as far back as 32,000 years. That’s 32,000 years of bonding.   I’m sorry the truth of the matter is many humans don’t look at dogs as food.  According to a recent survey 95% of Americans view their pets as family and you don’t eat your family.

What drives the entire $70 Billion pet industry is basically two species of animals, cats and dogs.  Yes, some people have cows, chickens and pigs as pets but most do not.  Am I saying it’s right to kill all animals aside from dogs and cats for food?  No, but I think it’s important that people understand why society is more willing to eat other animals and cringe at eating dogs/cats.

A few users even accused Kentworthy of not being vegan and thus told him to stop being a hypocrite.  What is wrong with these people?  In order to be virtuous, one must be vegan?  Give me a break.  I have friends whom are vegan and I love them to death but some are very radicalized and they pounce on anyone who would have a differing opinion about this subject.  The radical liberal vegan mafia will chastise you for wanting to save dogs from a meat trade in a foreign country because you yourself are a meat eater.

I really hate to pull some of these things out about vegans but I can’t stand by while they attack someone for doing a noble thing.  Some Doctors worry that vegans/vegetarians are more at risk for developing mental disorders.  I don’t agree with this but others go as far to say that veganism in of itself is a mental illness.  There are stories of everyday people who don’t do well on a vegan diet.  While you have studies that come out about the great benefits of veganism, you also have studies that cite depression, studies that show increased illnesses and this doesn’t just affect women because men who are vegetarians/vegans sometimes show higher levels of depression.

Do I believe that vegans are bad people?  NO.  But I do believe that some of them are not well (just like with any other group).  Keyword here is ‘some’ of them, NOT all of them.

Why does everything need to be political?  The radical liberal left will even attack it’s own, like Kentworthy.  Why can’t we see this for what it is?  A person or person’s, having EMPATHY for a sentient being.  At the end of the day this isn’t even about culture or politics, this is about saving lives of voiceless and defenseless animals.