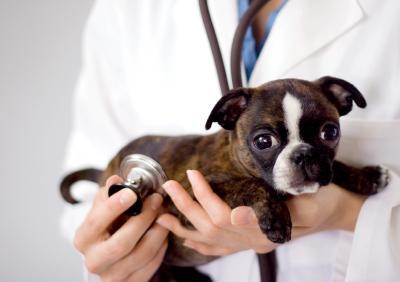 Contrary to some reality t.v. enthusiasts, Lyme Disease is not isolated to the confines of The Real Housewives of Beverly Hills.  In fact there is a growing epidemic of Lyme Disease around the globe, and not only are we at risk but our pets are too.

Even though only 5-10% of dogs show symptoms, Lyme disease is the most common tick-transmitted disease.  This often makes it difficult for veterinarians to treat since the pups aren’t showing any outward signs of illness.

A bacteria called Borrelia Burgdorferi is the culprit and cause of Lyme.  It’s takes a ride in the bodies of some tick species (thankfully not all ticks are carriers) and when that infected tick bites into your dog’s skin and feeds, the bacteria goes to work and enters the host.   Most of the cases in the United States concerning Lyme are concentrated in the Northeastern and Midwest area.   One veterinarian says that roughly 50-75% of dogs tested for Lyme will be positive.

Typically Lyme is transmitted by blacklegged ticks or deer ticks.  So if you find any other type of tick on your pets, chances are, you won’t have to worry too much.  Unless, they are hyper sensitive and contract a case of “tick paralysis.”

However there is good news, in order for the bacteria to make it’s way into your dog’s body, the tick needs to be attached for 36-48 hours.  So this means that if you are out camping, out in the woods or traveling in unfamiliar territory then at the end of the day be sure to check your pet’s body for any ticks.  If you want to be extra cautious, then be sure to save the tick and take it to your veterinarian.

If your dog is one of the 5-10% that does fall ill due to Lyme, then you’ll need to be aware of the symptoms.

Lyme is usually treated with antibiotics and most times patients will be on it for at least four (4) weeks.  In many cases a dog will improve and recover, but the bacteria is not totally eradicated from the body.

“But antibiotics cannot eliminate the spirochetes entirely. They hide and, over time, can build up again and cause a relapse.  One way to trigger a relapse  is by treating the dog with corticosteroids. These drugs are immune system suppressants.  We documented dogs that had been treated with antibiotics and were symptom-free for over a year and a half, but as soon as they were treated with corticosteroids, they went lame with Lyme disease. Steroid drugs are absolutely not a good idea for any dog that has been treated for Lyme disease.” – Whole Dog Journal

Antibiotics seem to be the go-to treatment for dogs with Lyme, but there are other alternatives.  Keep in mind though that many are not proven and are anecdotal.

Do you have any other methods or ways that you know of to treat Lyme Disease?  Comment Below and don’t forget to share!